Like our work? Arrange a meeting with us at our office, We'll be happy to work with you!

We are always looking for new talents and we were expecting you. Time to apply, buddy!

KLUBHAUS St. Pauli is located right in the heart of Hamburgs famous Reeperbahn.

Housing music clubs, theaters and offices on approx. 5.000 m², the KLUBHAUS has become a new attraction in this bustling entertainment district. Its media facade is a unique approach to the increasingly relevant phenomenon of media architecture. 177m² of high res media mesh, 265 m² of RGB-panels and 50 m² of high res glass displays in the elevator area were combined to meld architectural lighting and moving image content.

The concept for the architectural design, the media layer and the basic media content were developed simultaneously, understanding the facade as a part of the building’s identity. In order to preserve the very basic communicative function of the façade, the media layer is fragmented by the façade’s pattern structure and thereby interwoven with the physical surface.

The main part of the facade is composed of semi-translucent, gold-shaded metal plates in varying depth in which the imaging elements and light sources are integrated. They are arranged in an offset pattern structure that responds to the overall architectural construction.

The content displayed is divided in 3 sections: artistic content, advertising and self-promotion of the resident cultural- and leisure establishments. The „core visuals“ are a set of artistic video animations that are conceived to constitute an integral part of the building’s identity, understanding the KLUBHAUS as an architectural entity of a physical building and its virtual guise. For content generated by third parties, like advertising partners, a comprehensive design guide was developed to ensure a constantly high aesthetic quality as well as the optimum representation of the digital content.

The KLUBHAUS St. Pauli is a one-of-a-kind media architecture that dynamically integrates into its environment, while it offers exceptional possibilities for contemporary forms of site-specific advertising and interactive communication.

URBANSCREEN has been responsible for the overall artistic direction in this project. Together with akyol kamps : bbp architekten bda GmbH , we developed the facade design from scratch and succeeded in the architectural competition that was advertised by the building owners in 2011. 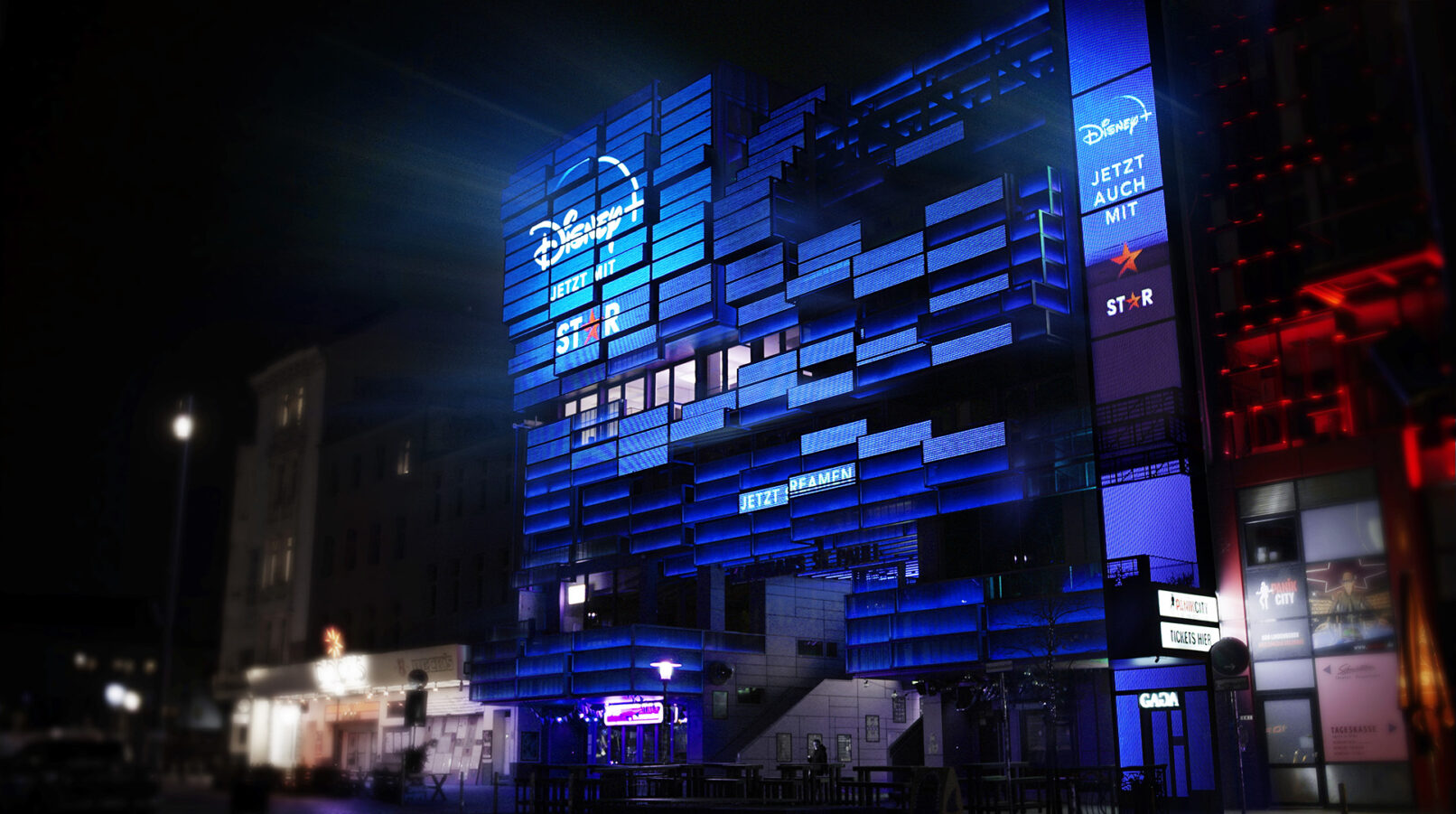 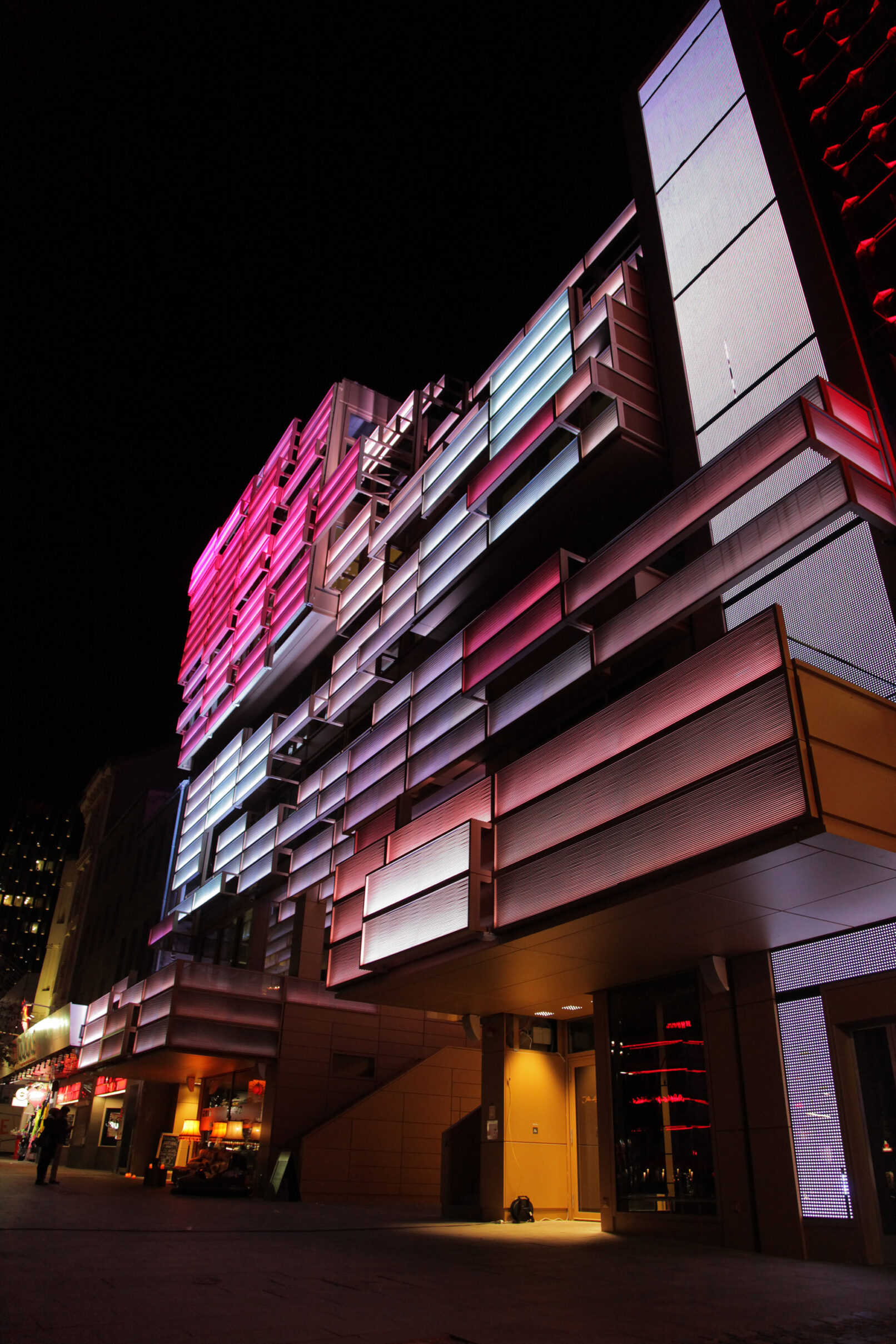 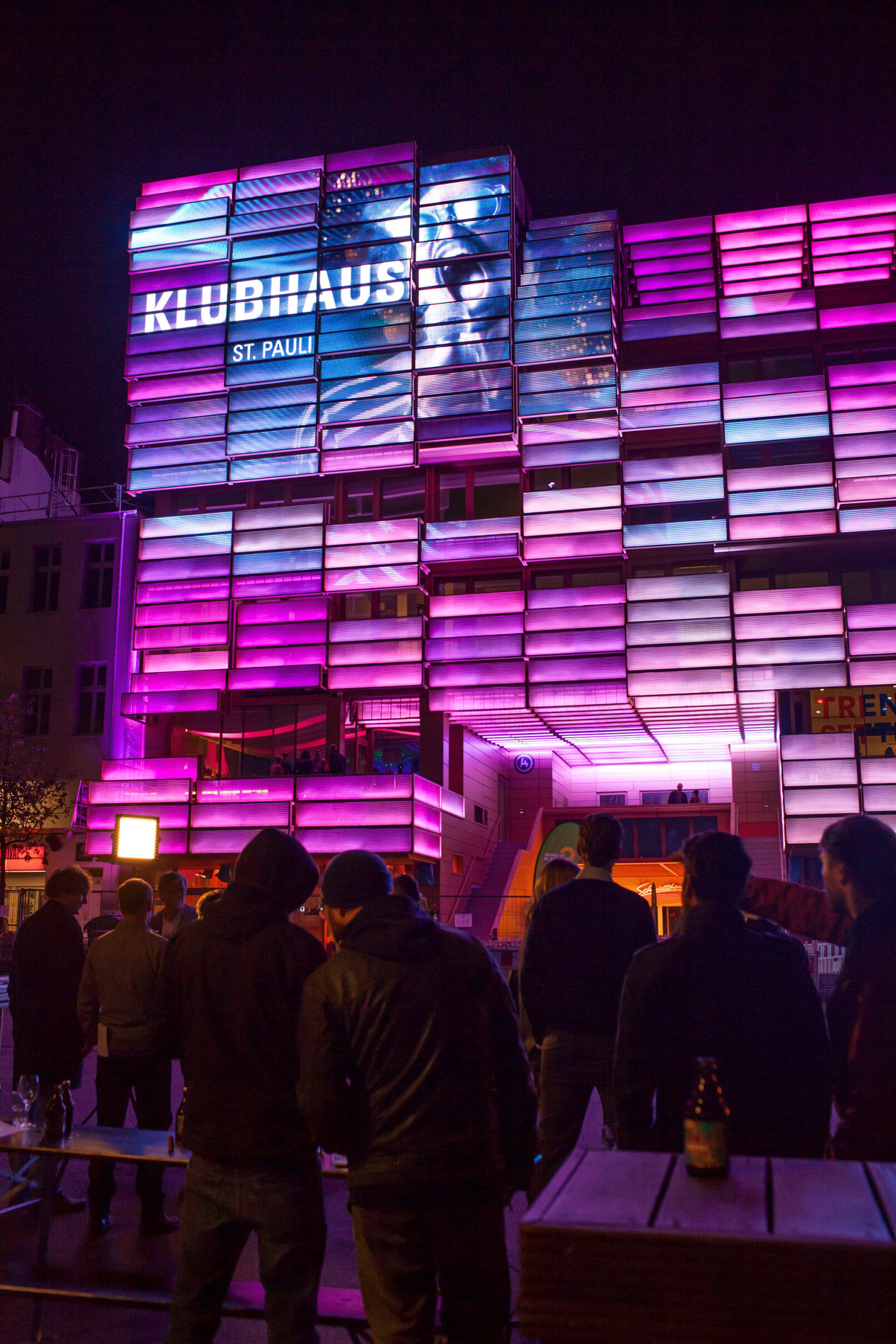