Like our work? Arrange a meeting with us at our office, We'll be happy to work with you!

We are always looking for new talents and we were expecting you. Time to apply, buddy!

Wunderbar together | Opening the Year of German-American Friendship

When Goethe-Institute asked us to help shaping the opening ceremonies of the German Year with our illuminations, we were faced with an intriguing challenge: To illustrate the unique German-American friendship, it was our mission to project onto three completely different buildings located in three cities over a period of four days:

The iconic residence of the German ambassador, skillfully designed by Cologne architect Oswald M. Unger, was waiting for us in Washington DC.
In Atlanta, it was the Atlanta-Fulton Central Public Library, the last brutalistic building designed by famous Bauhaus architect Marcel Breuer.
In contrast, the Athenæum in Indianapolis comes in neo-Renaissance attire. Originally called “The German House”, it’s the most ornate and best preserved building of the particularly large German-American community of Indianapolis.

Since the buildings have such different characteristics and are located in such varyingly designated cities, we had to find three individual artistical and technical approaches to adapt to them. Only by adjusting our site-specific designs to the various architectures, we could be sure to paint a truly compelling picture of these places.

With WANDERWORT POETRY, we created a piece for Washington that shows the similarities between the German and American language.
The special feature of SUPERPOSITION, shown in Atlanta, was the unification of the plain Bauhaus austerity with recordings of energetic, local hip hop dancers.
In Indianapolis we used a digital, animated collage to portray important personalities of German origin – GERMAN INFLUENCERS – whose work in the USA is of particular significance. 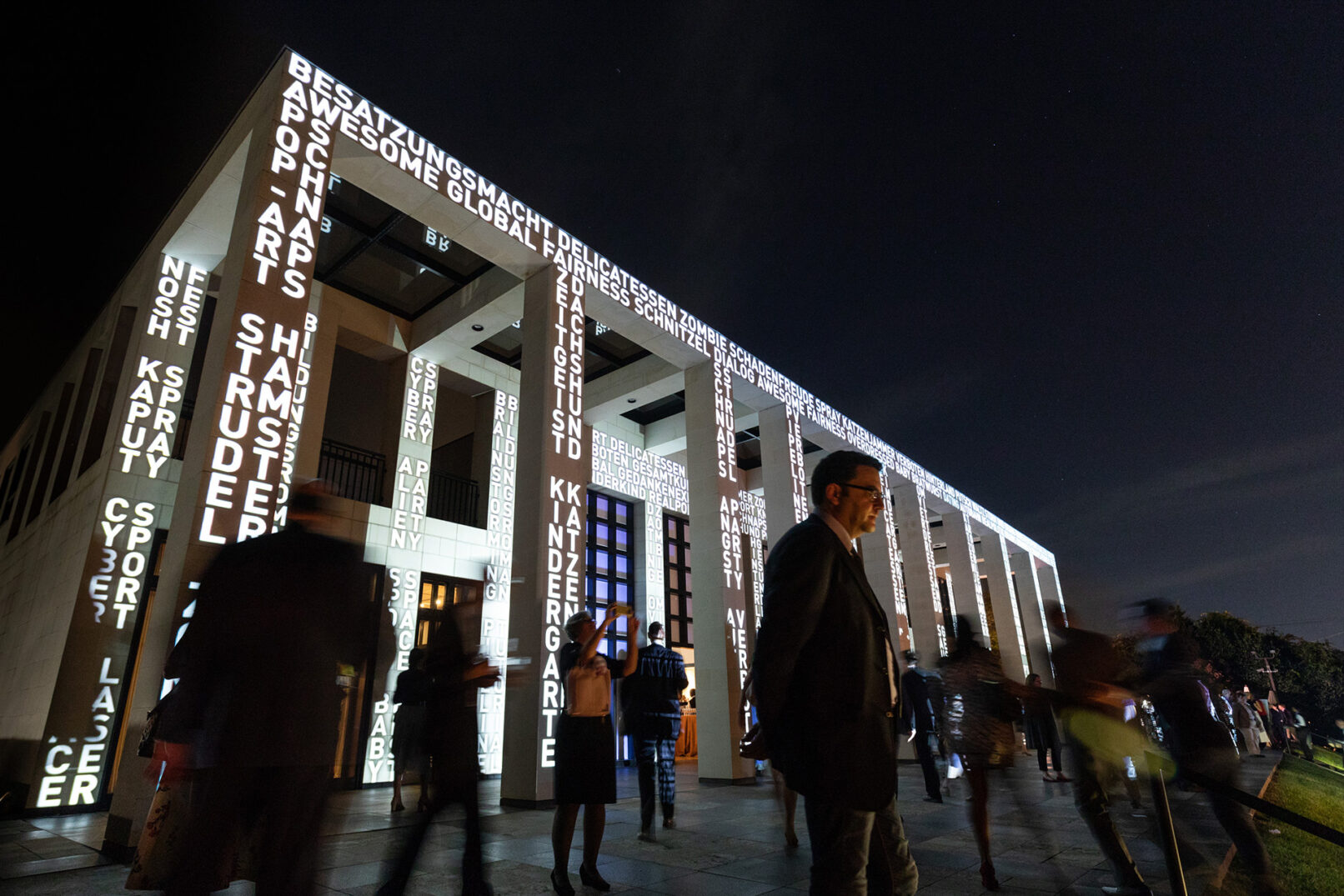 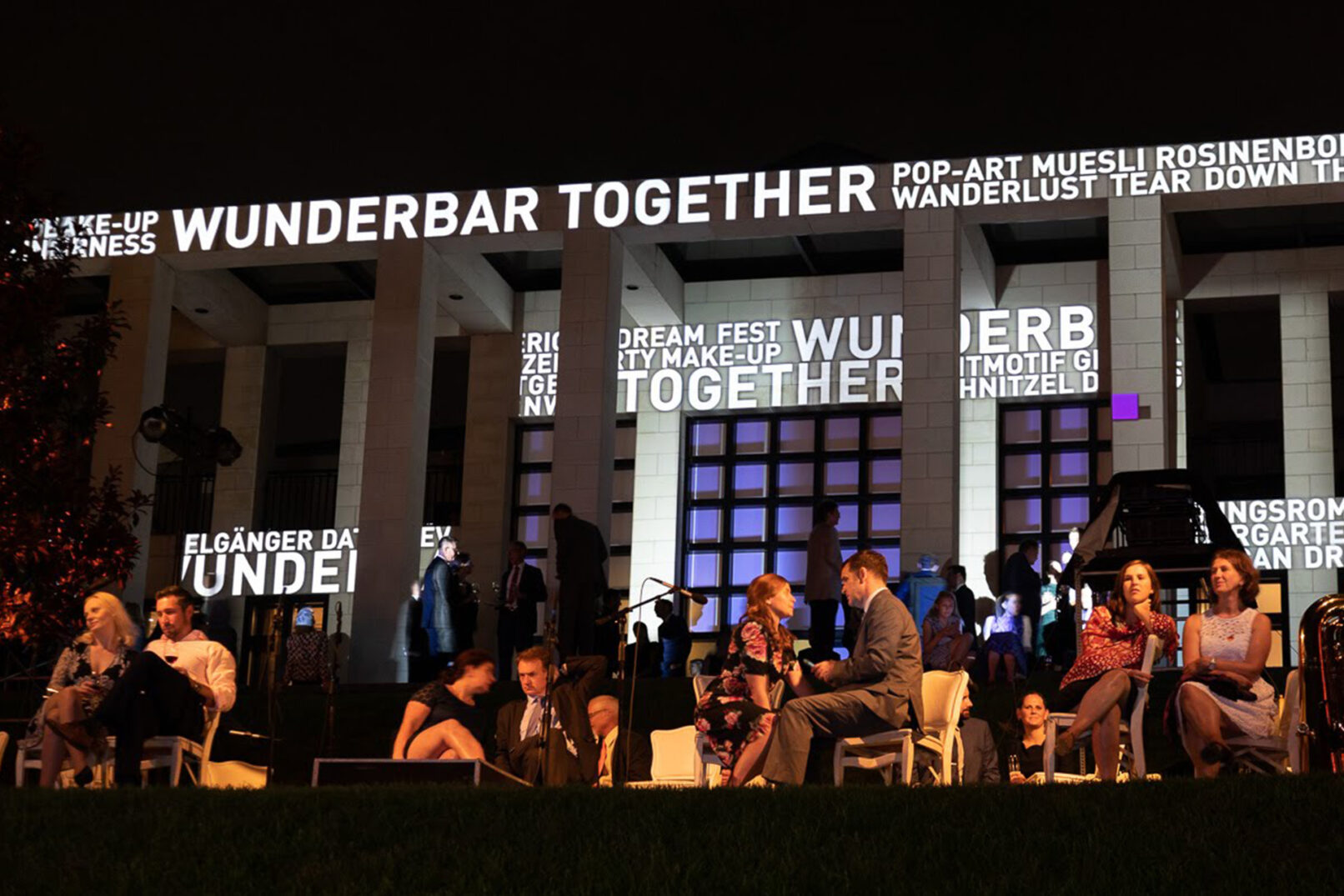